Make Sure Good Health is Your Priority

Men, listen up! From infancy to old age, women tend to be healthier than men. Part of it is biological but part of it is due to men’s more cavalier attitude towards health. According to webMD, men tend to avoid the doctor and are less likely to acknowledge any health challenges.
Since June is Men’s Health Awareness Month, here are a half dozen tips to maintain good health:
Nikken Active Wellness supports the overall health of both men and women. Our nutritional supplements address the maintenance of health from head to toe! For men, you simply can’t get better year round support than with  Men's Kenzen Mega Daily 4.
For more information go to Men's Kenzen Mega Daily 4.   There is a reference and info for the Women' Kenzen Mega Daily 4 there so the ladies will not be left out:)
Posted by John St. John at 8:59 PM No comments:

No matter how much we weigh, each of us needs fat to maintain balance in our diets. Unfortunately, most of us are ingesting the wrong type of fats and far too much of it. MCTs, on the other hand, are a good source of fat that may also help reverse the effects of harmful fats.
MCT stands for medium-chain triglyceride. Triglycerides are the main constituents of natural fats and oils. High concentrations in the blood are indicators of a higher risk of stroke. In contrast, medium-chain triglycerides are composed of three fatty acids attached to a glycerol backbone. MCTs are sometimes used to counter the effects of high triglycerides in the blood.
The name refers to the way carbon atoms are arranged in their chemical structure. Typically, fats found in the diet are long-chain triglycerides (LCTs) with 20 or more carbon chains.1 MCTs range from six to 12 carbon chains.2 Due to their shorter chain length, MCTs travel straight from the gut to the liver and do not require bile to break them down. LCTs require the break down first. In the liver, fats are broken down to be either used as fuel or stored as body fat.
Since MCTs enter our cells without having to be broken down, our bodies use them as instant sources of energy that pass through the blood-brain barrier to fuel the brain cells.3 In addition, MCTs may help burn calories more effectively. In one study, the thermogenic effect of a high-calorie diet containing 40 percent fat as MCTs was compared to one containing the same level of LCTs. The thermic effect (calories wasted six hours after a meal) of the MCTs was almost twice as high as the LCTs. With MCTs, 120 calories were used, compared to 66 calories from LCTs over the six hours. A follow-up study demonstrated that MCT oil given over a six day period can increase diet-induced thermogenesis by 50 percent.4
In another study, researchers compared the effects of single meals of 400 calories composed entirely of MCTs or LCTs. The thermogenic effect of MCTs over six hours was 300 percent higher than the LCTs meal. Since the MCTs went directly to the liver, they had no effect on the blood fat level. However, the LCTs elevated blood fats by 68 percent. Researchers concluded that “long-term substitution of medium chain triglycerides for long chain triglycerides [MCT for LCT] would produce weight loss if energy intake remained constant.”5
Athletes sometimes use MCTs for nutritional support during training, to increase exercise performance, for decreasing body fat and increasing lean muscle mass, and for weight loss.6 During exercise, rising lactate levels can negatively impact exercise performance. MCTs may help reduce lactate buildup when taken before exercising and may also help us use more fat instead of carbs for energy.7
One small Chinese study of 40 people with diabetes found that those who consumed MCTs daily had significant reductions in body weight, waist circumference and insulin resistance, compared to those taking LCTs.8 Continuing studies are being done to see how MCTs may help us control blood sugar levels.
MCTs clearly provide numerous health benefits for an Active Wellness lifestyle, but how easy are they to access and consume? Look no further than New Kenzen Vital Balance Meal Replacement .   Read the labels for both Vanilla and Chocolate flavors and you will see that MCTs are the second ingredients for both flavors.

1, 2 https://www.webmd.com/vitamins/ai/ingredientmono-915/medium-chain-triglycerides-mcts
4, 5 https://www.sharecare.com/health/fats-nutrients-diet/mtcs-and-ltcs-utilized
Posted by John St. John at 6:24 AM No comments:

Plain and Simple: Conquer the Desire for Sugar 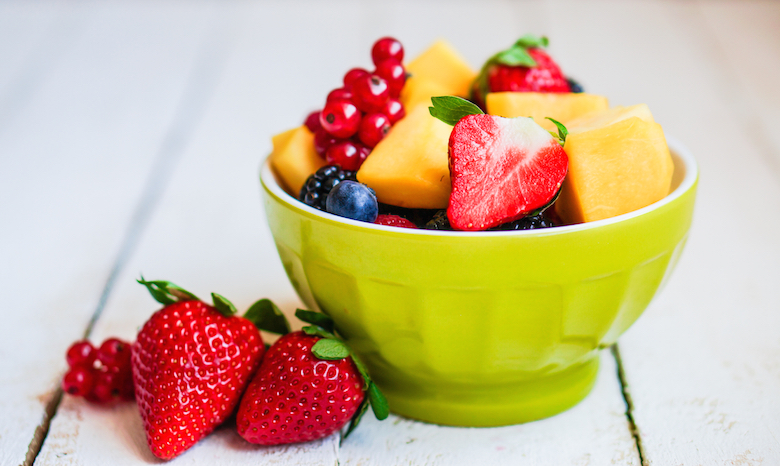 Just as with any harmful addiction, breaking the sugar habit can be difficult. But as more health research comes to light, it truly is necessary to reduce sugar consumption, if not eliminate it completely from our diets.
Research continues to show that sugar reduction is among the top product claims sought after by consumers. A recent survey conducted by the International Food Information Council (IFIC) shows that:
Many consumers have a mixed opinion about low – and no-calorie sweeteners, but 63% now believe that these sweeteners help them reduce sugar consumption.4
Our previous blogs discussed healthy natural sweeteners The Healthiest Natural Sweetener vs. the unhealthy artificial sweeteners.
The increased focus on sugar consumption in relation to health has led to new regulatory guidelines in markets globally. In the United States, the Food & Drug Administration (FDA) has implemented changes to labeling added sugars and dietary fibers on Nutrition Facts to make it more clear to consumers. Nikken began the transition to the new labeling requirements as early as last year. Below is an example of the differences in labeling.

Here are some tips for reducing sugar consumption in pursuit of Active Wellness:
Sugar is a bad habit, but the good news is, we can beat it!
For more information go to  www.nikken.com/jsj
1, 2, 3, 4 http://www.foodinsightorg/2017-food-and-health-survey
5 https://www.womansday.com/health-fitness/nutrition/g2480/low-sugar-diet/
Posted by John St. John at 6:54 AM No comments:

Foundational to our good health is healthy water

Foundational to our good health is lots of pure and healthy water.  Ultimately, your best protection from all the various pollutants that pervade our water sources is to have your own water treatment system.
There are many good choices available to remove all the bad stuff from water, including the Nikken Waterfall.  Much can also be added to raise the health potential of your water, such as alkalinity, structured or micro-clustered, mineralized, magnetized, low redox, and the magic of “living or pi water”.
The PiMag Waterfall water filter  gets rid of the bad while adding all of the good.  Perhaps the only downside of owning a Waterfall is it may turn you into a “water snob!”  The water is simply delicious; it has a healthy clean taste and a silky smooth texture.

When something is healthier and more enjoyable, you will want more of it.  Since this water is healthier and tastier the compound effect of adding pi mag water to your daily routine is bound to become a healthy habit.
Conversely, if someone ingests something possibly harmful for an extended period of time, the compound effect can accumulate which can negatively affect our health.
Plastic Water bottles are everywhere…recent studies indicate that most bottled water contains minute particles of plastic.  What are the health implications if these micro-sized bits of plastic are consumed, especially if consumed regularly and consistently over time?

Nutrients are digested and assimilated by digesting food into tiny particles so it can move through the intestinal wall and into the bloodstream. It would seem that very tiny bits of plastic could easily do the same, perhaps even crossing the blood-brain barrier and then bio-accumulating, adding to our toxic body burden.

The Waterfall could also be a real hero for Mother Nature.  Imagine if everyone had a Waterfall instead of buying bottled water!  "Experts estimate that by 2050, there will be as much waste plastic in the ocean by mass as there are fish,"
See more: https://edition.cnn.com/2018/03/23/world/plastic-great-pacific-garbage-patch-intl/index.html

John St. John
Sugar Land, Texas, United States
Making a difference in the lives of others both physically and financially has become a life's passion. Teaching others how to do what I do changes their lives forever and makes a significant difference in the future of our world.

Alzheimers solution without drugs...It is worth looking into