During the summer months, the topic of water safety comes up as the warm weather attracts people of all ages to pools, lakes and the beach. Whether indoors or enjoying water sports outside, being “water competent” is key to having fun without being at risk of drowning. According to the American Red Cross, the skills required to achieve water competency are to be able to enter the water, get a breath, stay afloat, change position, swim a distance and then get out of the water safely.1
Common sense dictates that all children, whether they are water competent or not, be supervised when they are in or near bodies of water. “Better safe than sorry” absolutely applies to water safety. Drowning is a leading cause of accidental death among children of all ages and is a worldwide phenomenon. That’s why it is paramount that children are educated early in recognizing drowning risks to protect themselves and others. Public awareness and education focused on young children is the most powerful tool to prevent fatal and non-fatal drowning.2
Water can kill in more ways than by drowning. The World Health Organization says that every year more than 3.4 million people die as a result of water related diseases. Most of the victims are young children, the majority of who die of illnesses caused by organisms that thrive in contaminated water sources.3
In countries such as Canada and the United States, the law protects public drinking water supplies with specific standards, so it is generally safe to drink water straight out of the tap. However, even in North America, there are places that don’t have readily available potable water. Water in different states and provinces have discernible tastes, some palatable and others not. Whether due to convenience or taste, far too many people habitually drink bottled water, adding to the catastrophic carbon footprint of plastic waste. And ironically, the water within the bottles is not necessarily better for the health.
Why not commit to drinking water that is produced with Active Wellness and sustainability in mind? Plastic bottles simply are not sustainable—they use vast quantities of fossil fuels and water itself—they’re manufactured, filled and shipped around the globe, creating a massive carbon footprint!4 Even with recycling efforts, six out of seven plastic bottles consumed in the U.S. become waste in land fills or end up in the ocean.5 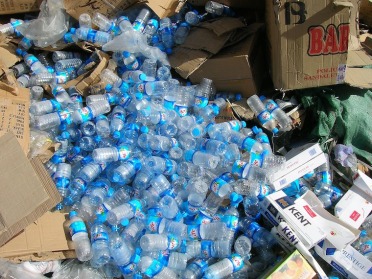 According to the Environmental Protection Agency (EPA), there may be a slight chance that bottled water contains more contaminants than tap water. The EPA strictly regulates tap water, while bottled water is categorized as a packaged food product by the Food and Drug Administration. Testing is not as stringent or strictly enforced as tap water.6
The solution is so simple: drink water from a PiMag Waterfall® or PiMag® Sport Bottle. Not only do they help decrease your carbon footprint, it’s actually healthier for you! Alkalizing with 99%+ reduction in bacteria, particulates, chlorine, chloramine, cyst and lead—the eco-friendly bottle has replaceable filters, each of which provides the equivalent of drinking approximately 250 12 to 16-ounce bottles of water. The Waterfall holds 1.32 gallons or five liters of water and each replaceable filter lasts 90 days or for 900 liters, whichever comes first! Save money, but more importantly, save our planet.
Discover Planet Earth. Live Green and Clean. Share Community Conscience. 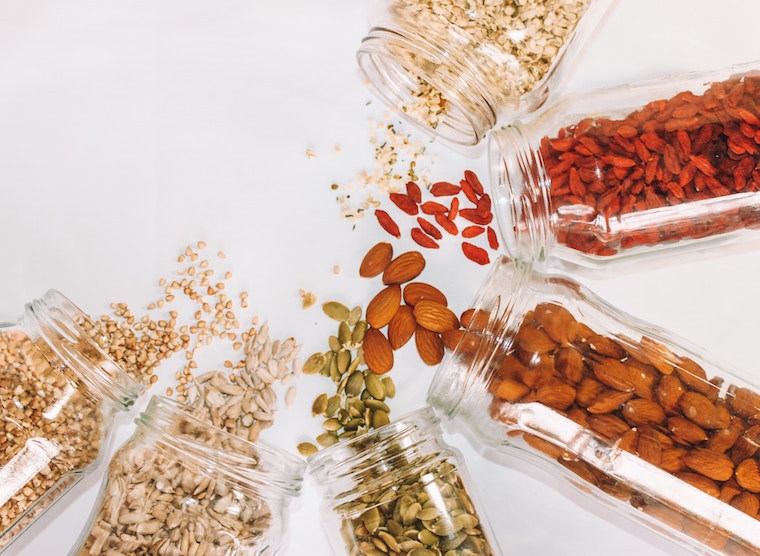 At Nikken, we promote Active Wellness as a way of living. It’s a proactive rather than reactive approach to life. That means taking measures to maintain health and doing the best to prevent bodily and mental breakdown. Ironically, as we make huge advances in technology, we continue to be confronted with challenges that often have no sure-fire solutions. This is the case with psoriasis, a chronic autoimmune disease that affects more than 125 million people worldwide.1
No one knows the exact cause of psoriasis, but since August is Psoriasis Awareness Month, it is a good time to learn about it, whether we suffer from outbreaks of scaly skin or not. Researchers believe psoriasis can be triggered by cuts, scrapes or surgery, as well as emotional stress, infections, and even certain medications, such as beta-blockers that control blood pressure and antimalarial drugs.2 This skin disorder causes skin cells to multiply 10 times faster than normal, building into bumpy red patches with white scales.3 It’s not contagious but sometimes occurs with members of the same family.
Although not curable, certain precautions can be taken to help prevent flare-ups:
All the precautions mentioned above may help those trying to prevent psoriasis flare-ups. They also are part of the Active Wellness approach to well-being for anyone seeking to maintain or improve health—physically and mentally.

Vaccines in a "Viral" World and thoughts on "herd immunity"

August is National Immunization Awareness Month. Whether you have children or grandchildren, understanding how vaccines work is an important aspect of successful parenting/co-parenting and role modeling Active Wellness.
A vaccine works by training the immune system to recognize and fight pathogens, whether they’re viral or bacterial. In order to achieve this goal, certain molecules from either a virus or a bacterium (known as antigens) are injected into the body so that the immune system can identify and remember them as “enemies.” When confronted with the antigens, the immune system goes to work by activating white blood cells that make proteins called antibodies, which locate the “enemies” and wage a counter offensive.
Depending on the strength of the virus/bacteria, the immune system will succeed or fail. In cases where the antibody response is too late, the invading organism can cause a severe or life-threatening infection.1 Fortunately, in many cases, even when symptoms are already present, the immune system and its antibodies can eventually help stop many infections and help the body recover.
Vaccines can be effective to protect entire populations even when not everyone is inoculated. This phenomenon is called “herd immunity” or “community immunity.” Public health officials and scientists continue to study herd immunity to identify key thresholds. One notable example is in Gambia, where 70% of the population was vaccinated and that was enough to eliminate the Hib disease, a bacterial illness that can lead to potentially deadly brain infection in young children. 2
In addition to those who choose not to vaccinate, there is a percentage of the population that cannot be vaccinated due to severe allergies, pregnancy or compromised immune systems. Fortunately, when “herd immunity” occurs, these unvaccinated people are able to stay safe—this was the case with the 30% of Gambians who were not vaccinated but did not contract Hib.
Those with hardier immune systems fare better when attacked by pathogens. The elderly are especially at risk, because they are more likely to contract infectious diseases than the young. Respiratory infections, influenza and particularly pneumonia are leading causes of death in people over 65 worldwide. Furthermore, studies have shown that people over 65 respond less favorably to vaccines than healthy children. Despite this reduction in efficacy, sickness and death in older people have been significantly lowered when compared with those who do not get vaccinations.3
Scientists continue to research why certain nutrients and micronutrients may alter components of immune function—but there is no evidence they can actually bolster immunity to the point of being protective against infection and disease.4 There are so many different kinds of cells in the immune system that they respond in innumerable ways to the myriad types of microbes. Scientists still don’t know which specific cells to boost and by how much. What they do know is that the body continually generates immune cells and the extra cells remove themselves through a natural process of cell death.5
Studies have been conducted over the years regarding the relationship of mushrooms and immune response.* Mycologists continue to produce evidence that mushroom species have been used as far back as 3,000 B.C. for their potential benefits.6
Kenzen® Immunity is formulated with 14 species of mushrooms, of which six strains are exclusive to Nikken
Posted by John St. John at 9:19 AM No comments:

John St. John
Sugar Land, Texas, United States
Making a difference in the lives of others both physically and financially has become a life's passion. Teaching others how to do what I do changes their lives forever and makes a significant difference in the future of our world.

Alzheimers solution without drugs...It is worth looking into